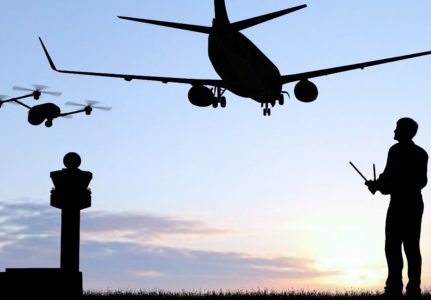 Drones have once again caused disruption at a major international airport, while police investigating the three-day Gatwick shutdown are now reported to believe that the culprit worked at the airport.

Flights at Dublin Airport were suspended by air traffic control for 30 minutes at about 11:30 local time on Thursday following a drone sighting over the airport by a pilot.

Meanwhile, police investigating the multiple sightings of drones that caused chaos at Gatwick in the run-up to Christmas now believe a “disgruntled” current or former airport employee was to blame, Whitehall sources have revealed.

A senior figure from a security software company has urged airports to resist the urge to respond rashly to a specific threat without first considering how it integrates into its overall security apparatus and strategy.

“We know from speaking to airports across the world that two of the most pressing challenges they face is how they secure their perimeters – as intruders become increasingly sophisticated – and identifying friend from foe as operational needs must be maintained,” said Simon Barnes, business development manager for airports EMEA at Genetec.

“The last thing an airport needs is a system that isn’t unified with other measures [like] PIDs, security cameras and access control.” Simon Barnes, Genetec

“When it specifically comes to drone detection, the short-term temptation can be to introduce a dedicated new technology to address this specific threat. However, the last thing a functioning airport needs is an independent system that isn’t unified with all of the other security measures in place such as PIDs, security cameras and access control.

“Only when the data from all of these inputs is visualised in one place can an airport begin to make sense of its environment and enable a fast and efficient response to evolving challenges such as the insider threat and malicious drone activities. We fully expect airports to respond to this changing landscape, to help ensure a more comprehensive response.”

Aircraft at Gatwick were grounded for over three days following the first drone sighting on 19 December, with 1,000 flights cancelled and 140,000 passengers affected.

Following 1,100 door-to-door inquiries and despite the help of Scotland Yard and three other police forces, the couple wrongly held for 36 hours still remain the only people to have been arrested over the incident.

Details of 130 witness accounts, including from senior airport staff, have led officers to believe that someone who knew the layout of the site was the likely culprit. The reasons reportedly include:

“[The drone pilot] knew the blind spots for it, where it could not be ‘hit’. It was clearly someone with really good knowledge of Gatwick, someone who had worked there. Hypothetically it could have been a disgruntled employee,” a Whitehall source has said.

Police have also considered the prospect that the drone, which has never been recovered, may have took off, landed and recharged from within the airport boundary.

The pattern in which the drone repeatedly appeared and disappeared between December 19 to 21 has also persuaded investigators that two drones might have been involved.

The police were yesterday granted powers to stop and search anyone suspected of misusing drones and to levy on-the-spot fines.

Genetec, which has security solutions tailored to the needs of airports, is exhibiting at IFSEC International 2019, taking place 18-20 June 2019 at ExCeL London (stand IF710). Book your free ticket now.

With the rise of the Internet of Things, people, homes and businesses are more connected than ever. Explore what this means for smart buildings, cities and infrastructure in this free eBook from Abloy UK.