The government is inviting feedback on its proposals to improve fire safety in the built environment.

From construction sector professionals to building owners and the general public, a survey is open to anyone who wants to share their views on government plans to prevent a repeat of the worst residential fire in modern UK history.

Published by the Ministry of Housing, Communities & Local Government the consultation on ‘proposals for reform of the building safety regulatory system’ is open for eight weeks, closing on 23:59 on Wednesday 31 July 2019.

The consultation “proposes a stronger voice for residents of high-rise buildings to ensure their concerns are never ignored,” according to the government’s website GOV.UK. “This includes better information regarding their buildings so that they can participate in decisions about safety, as well as clear and quick routes of escalation for their concerns if things do go wrong.” 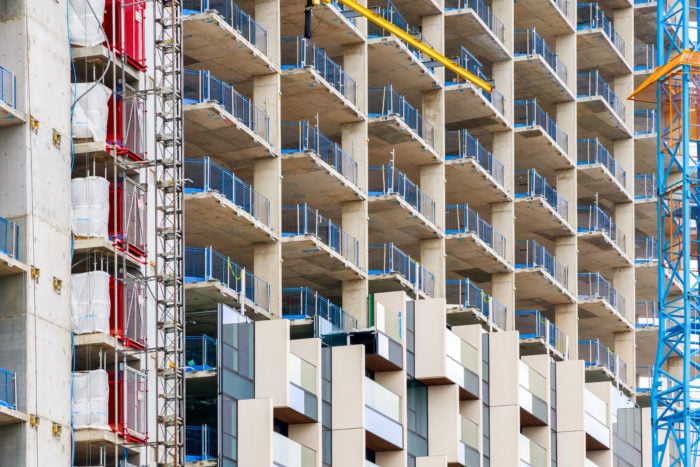 With eight days until the second anniversary of the Grenfell Tower fire, in which 72 people lost their lives, the Home Office has also launched a call for evidence on the Regulatory Reform (Fire Safety) Order 2005. Abbreviated to the Fire Safety Order, this legislation has served as the framework for fire safety responsibilities in residential and commercial properties for 14 years.

Explaining why the government commissioned Dame Judith Hackitt to conduct ‘The Independent Review of Building Regulations and Fire Safety’, GOV.UK wrote that the Grenfell Fire “shattered the lives of many people and shook the trust of countless more in a system that was intended to ensure the most basic human need of having a safe place to live.

“Following research into building safety culture across the industry, it became apparent that too many in the building industry were taking shortcuts that could endanger residents in the very place they were supposed to feel safest – their own home.”

In a webinar last year Dame Hackitt told the Healthy Work Company that the review “had to steer a course through the complex structure of the series of more specialist review’s that were going on at the time.” She emphasised that her report was “just the beginning”, with her remit to “analyse the system, not getting into the details or how it evolved, but to look at how it can be improved going forward.”

The Public Inquiry into the disaster is ongoing.

In the Building a Safer Future plan published In December 2018, the government undertook to implement all of Dame Judith’s recommendations.

Among these was the creation of a system of ‘dutyholders’, who will bear responsibility for making sure building regulations are followed in residential buildings. GOV.UK also explains: “Dutyholders will be responsible for keeping vital safety information about how the building was designed and built and is managed. This is known as the ‘golden thread’ of information and will be kept electronically for the entire life of a building, from its design to its place as a home for residents. The people responsible for this information will have to make sure it is up to date and that the right people can access it, including residents.”

A new building safety regulator will have the authority to take enforcement action – imposing criminal and civil sanctions like fines or imprisonment – against responsible persons who neglect their obligations.

The government is funding the replacement of aluminium composite material cladding – the material used on Grenfell Tower – from high-rise residential homes and banned use of combustible materials on external walls of new high-rise buildings.

Tell the government your thoughts on government reforms around fire safety.

Conversations around fire and life safety have never been more important, so join the discussion in person:

Get your free ticket to FIREX 2019