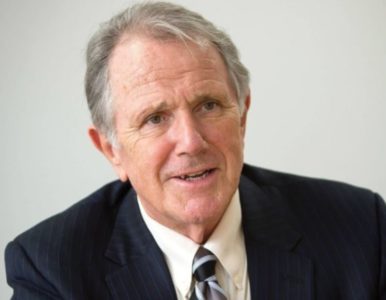 The construction industry had “become complacent if not, in some cases, positively indifferent about fire safety” before Grenfell, the chairman of the Fire Sector Federation (FSF) has said.

Introducing a panel debate at FIREX International 2019 in London recently, Michael Harper expressed hope that the Grenfell Inquiry would chase “down the whole culture and competency” that had developed during a period in which fire-related deaths had actually been falling.

Harper, who became the Federation’s chairman last year, cautiously welcomed the progress made but with several caveats.

He told a packed audience numbering more than 100 that the FSF and other industry bodies, along with government, had found the process of remedying myriad fire safety failings hard-going. “This has not been an easy or indeed fast task,” he said, “and in fact it has at times been frustrating and painfully slow” – but of necessity to some degree, because “it does of course have to be thorough and meticulous”.

Nevertheless, recalling Churchill’s famous remark that “this may be the end of the beginning”, Harper emphasised the industry’s wish to see the public inquiry progress briskly into its investigative second phase. He also hoped that the government’s current building safety consultation would soon yield the “bedrock change” required.

Harper reaffirmed the Federation’s backing of a comprehensive implementation of all Dame Judith Hackitt’s recommendations, to which the government has committed. There should be no cherry-picking in order to avoid the “too difficult” issues, he said.

The FSF has also backed Inside Housing’s campaign to persuade government to fund the replacement of unsafe cladding from residential buildings. At present some homeowners are facing eye-watering bills to replace cladding on their high rise apartment blocks.

Calls from FSF members for a revamp of building regulations long predated the Grenfell fire, said Harper. The organisation had also lobbied hard for defining competency more effectively; argued for third-party accreditation of installers; championed sprinklers and alarms designed to protect the vulnerable; and argued for better building protections.

These positions were reached not because of vested commercial interest but from a common commitment to improving fire safety in the UK. This shared commitment to keeping people safe helps the FSF regularly reach “a common denominator” position on the most pressing fire safety issues, despite the sometimes diverse views of members.

In the ensuing panel debate fire strategy, competency, active and passive fire protection were among the topics discussed. Some concern was voiced that two years after Grenfell there had been insufficient changes to regulation, products and practices.

It was also said that too few people truly understood fire from a risk perspective, or how to recognise when service providers were competent and third-party approved. Worse still, many in the construction industry were unprepared to support efforts to improve building safety by a socially responsible industry simply because of cost.