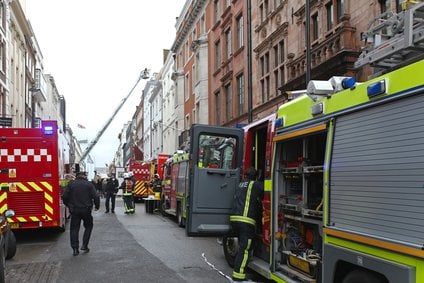 A new European standard could be proposed as a means to tackle false fire alarms as a fire systems trade body announces plans to reopen a landmark study into the issue.

In the summer of 2018 Euralarm’s fire section published the findings of the exhaustive study, which explored the multiple causes of a problem that costs the London Fire Brigade alone £37m a year and the Scottish service £1m.

In the follow-up study the fire section will challenge Euralarm’s technical group to finesse solutions suggested in the initial study and to find further ways to combat the problem.

Euralarm will hope to recreate some real-world successes from the existing study, which was initiated after budget cuts to the fire service. Based on the study’s recommendations fire services in several countries have already changed their practices. For example, in some instances the deployment of firefighters has been made contingent on an additional verification step.

It’s a measure of the problem’s scale and complexity that it should require further study, given the original study took three years to complete and the technical group has been considering the problem since 2012.

If progress towards resolving the problem seems frustratingly slow then there is an entirely valid reason: no reduction in false alarms is ever worth a corresponding increase – however small – in the time it takes for alarms, fire safety managers or fire services to respond to genuine fires.

“We have seen that there are positive effects of false alarms and that the number of real identified fires is increasing with the number of installations. However, the proportion between the consequences of real and false alarms is not adequate,” said Sebastian Festag, chairman of the TG False Alarms.

The original study, which took a risk-based approach to studying the problem in Germany, the UK, Switzerland, Sweden and Austria/Vorarlberg, included:

Recommendations were based on fire statistics, in particular the gap between the number of alarms triggered by actual fires and those caused by other phenomena.

One recommendation was to make false alarms avoidance a priority of site management, with the problem accounted for in fire protection and fire alarm strategies.

Know your fire safety responsibilities. Download this guide to get: