NEW YORK — The New York Police Department revealed it is utilizing a new pattern-recognition computer software that compares robberies, larcenies and thefts to thousands of crimes in its database.

The pair were inspired by the work of a New York University team that studied a similar approach but never produced a workable version. They also worked with officers with decades of experience in identifying patterns.

Though it has been in use since Dec. 2016, the department only disclosed the use of it this month. Levine and Chohlas-Wood said their first police department is the first in the country to use a pattern-recognition tool like this.

Instead of officers poring over reports to find specific details that could potentially fit a pattern, the software, ‘Patternizr,’ does it for them, reports AP News. The new software can also spot patterns across the city instead of just in one precinct.

“The goal of Patternizr is, of course, to improve public safety,” said Levine. “The more easily that we can identify patterns in those crimes, the more quickly we can identify and apprehend perpetrators.”

Although crime rates are falling, there were more than 68,000 robberies, burglaries and larcenies in New York City last year.

The NYPD was able to catch a syringe-wielding drill thief who tried robbing a Home Depot near Yankee Stadium. A few weeks prior, a man had also used a syringe while stealing a drill at a different Home Depot seven miles away.

Officers were able to put the two cases together using the algorithm software.

“Because Patternizr picked up those key details in the algorithm, it brought back complaints from other precincts that I wouldn’t have known,” said Bronx crime analyst Rebecca Shutt, who worked on the Home Depot case. “That was incredibly helpful. That could have been a pattern that wasn’t made.”

The software compares factors such as method of entry, type of goods taken and distance between the crimes.

“The real advantage of the tool is that we minimize the amount of leg work and busy work that analysts or detectives have to do and really allow them to leverage their expertise and their experience in going through a much smaller list of results,” said Chohlas-Wood. 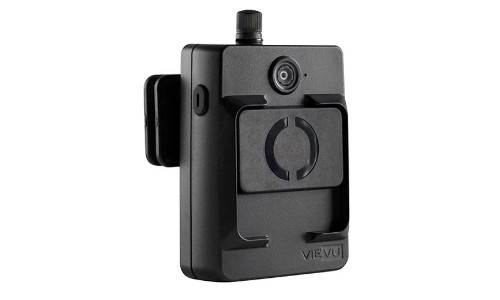 To reduce possible racial biases, the software does not consider the race of crime suspects when searching for patterns.

“To ensure fairness the NYPD should be transparent about the technologies it deploys and allows independent researchers to audit these systems before they are tested on New Yorkers,” said New York Civil Liberties Union legal director Christopher Dunn.

Granting the help Patternizr has brought to pattern-finding, traditional techniques are still in use when it comes to crimes such as rape or homicide.

The post NYPD Reveals It Has Been Using an Algorithm to Help Spot Crime Patterns appeared first on Security Sales & Integration.