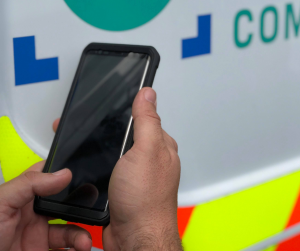 A multi-pronged approach to biometrics by UK police forces could help assuage privacy concerns, according to a senior executive for a biometrics developer.

This could include “digital fingerprinting, which ensures a higher level of public consent due to the maturity of fingerprints as an identity verification technique,” said Jason Tooley, board member of techUK and chief revenue officer at Veridium.

His comments come after South Wales Police confirmed that a trial of a facial recognition app that remains subject to a legal challenge would get underway this month.

During the three month trial, 50 officers will use the app to map faces in a crowd by measuring the distance between facial features, then compare results with images on a ‘watch list’.

Deputy Chief Constable Richard Lewis said: “This new app means that, with a single photo, officers can easily and quickly answer the question of ‘are you really the person we are looking for?’. Officers will be able to access instant, actionable data, allowing to them to identify whether the person stopped is, or is not, the person they need to speak to, without having to return to a police station.”

He insisted that the technology would only be used when “necessary and proportionate to do so.” Police and crime commissioner Alun Michael said he was “committed to protecting human rights as well as keeping the public safe”.

A man whose picture was taken by officers during a shopping trip mounted a legal challenge about the technology, which has also been trialled by the Metropolitan Police, among other police forces. The case has yet to be ruled on by a judge at Cardiff High Court.

Jason Tooley, whose company provides multi-factor authentication solutions that include biometric authentication, said: “As part of a wider digital policing initiative, it is imperative for police forces to take a strategic approach as they trial biometric technologies, and not prematurely focus on a single biometric approach.

“It’s clear that alleviating privacy concerns need to be prioritised by the police within the overall strategy for using technology in this area. The public need to be able to see the value of the technology innovation through results in order to advance consent and acceptance by citizens.”

But Hannah Couchman of civil rights group Liberty implied that facial recognition’s use by law enforcement was not warranted at all. “It is shameful that South Wales Police are rolling out portable facial recognition technology to individual officers while their so-called pilots are being challenged by Liberty in court,” she said.

“Far less intrusive means have been used for decades by police to establish a person’s identity where necessary. This technology is intrusive, unnecessary, and has no place on our streets.”

Police forces see facial recognition technology, which can reduce man hours spent finding and tracking suspects, as a means to improving policing amid budgetary constraints. Many believe that a 19% cut to police funding and the loss of 45,000 officers and staff since 2010 has fuelled a rise in crime, particularly violent crime.

Boris Johnson’s pledge to recruit 20,000 more police officers has been welcomed by many police leaders. However, with a no-deal Brexit looming that most economists believe will reduce economic growth and the tax take, budgetary constraints may not ease in the medium to long term.

Said Jason Tooley: “As police forces recognise that technology innovation for officers can drive improved policing, there is clearly a need to focus on how the technology can be adopted quickly and how public acceptance for this technology can be increased. The use of biometrics can support identity verification on-demand and at scale as has been proven in many other countries where officers currently use consumerised technology.

“With the rapid rate of innovation in the field, a multi-modal biometric strategy that allows the police to use the right biometric techniques for the right scenario will accelerate the benefits associated with digital policing.”

The BBC reports that the app being trialled by South Wales Police uses facial recognition technology provided by Japanese firm NEC, but has designed the software’s user interface in-house.

With the rise of the Internet of Things, people, homes and businesses are more connected than ever. Explore what this means for smart buildings, cities and infrastructure in this free eBook from Abloy UK.