Singapore is the safest country in the world when it comes to fire risk, according to the FM Global Resilience Index.

The US, which was broken down into three geographic zones, came second globally in the fire risk resilience category.

But nearly two years on from the fire in Grenfell Tower that killed 72 people, the UK’s middling position (for an advanced economy) for fire risk remains fairly static compared to previous years.

It remains in 35th place out of 130 countries assessed – the same position it occupied in 2015, 2016 and 2017 – behind other advanced economies such as Portugal, Canada, Australia, Switzerland, Greece and Hong Kong.

Anything less than a steady rise through the rankings in the next few years will reflect badly on the government’s sweeping plans to implement in full the recommendations made by the Independent Review of Building Regulations and Fire Safety. This includes a comprehensive review of Approved Document B – the document setting out building regulations. 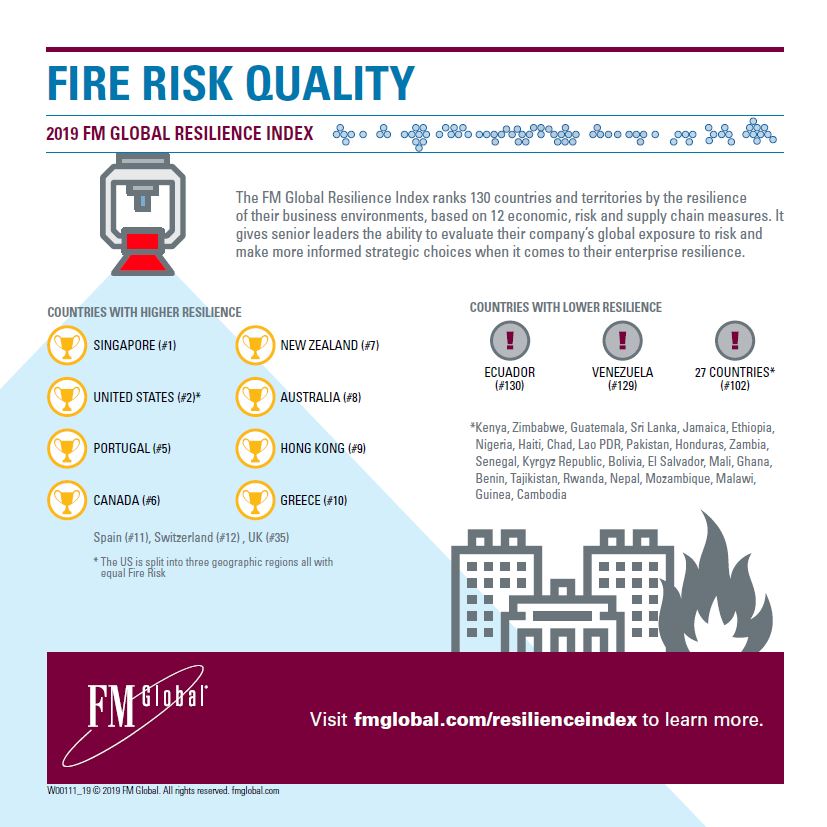 One of 12 resilience factors, fire risk resilience evaluates the quality and enforcement of fire-safety design in a country’s building code, combined with the level of fire risk improvement achieved, given the country’s inherent fire risks.

The UK performed much better for overall resilience, ranking 10th and excelling in cybersecurity in particular, jumping from 62nd place last year to second spot in 2019.

FM Global has developed an interactive tool for gauging the resilience of various countries around the world. You can see a screenshot of the UK’s overall resilience below. 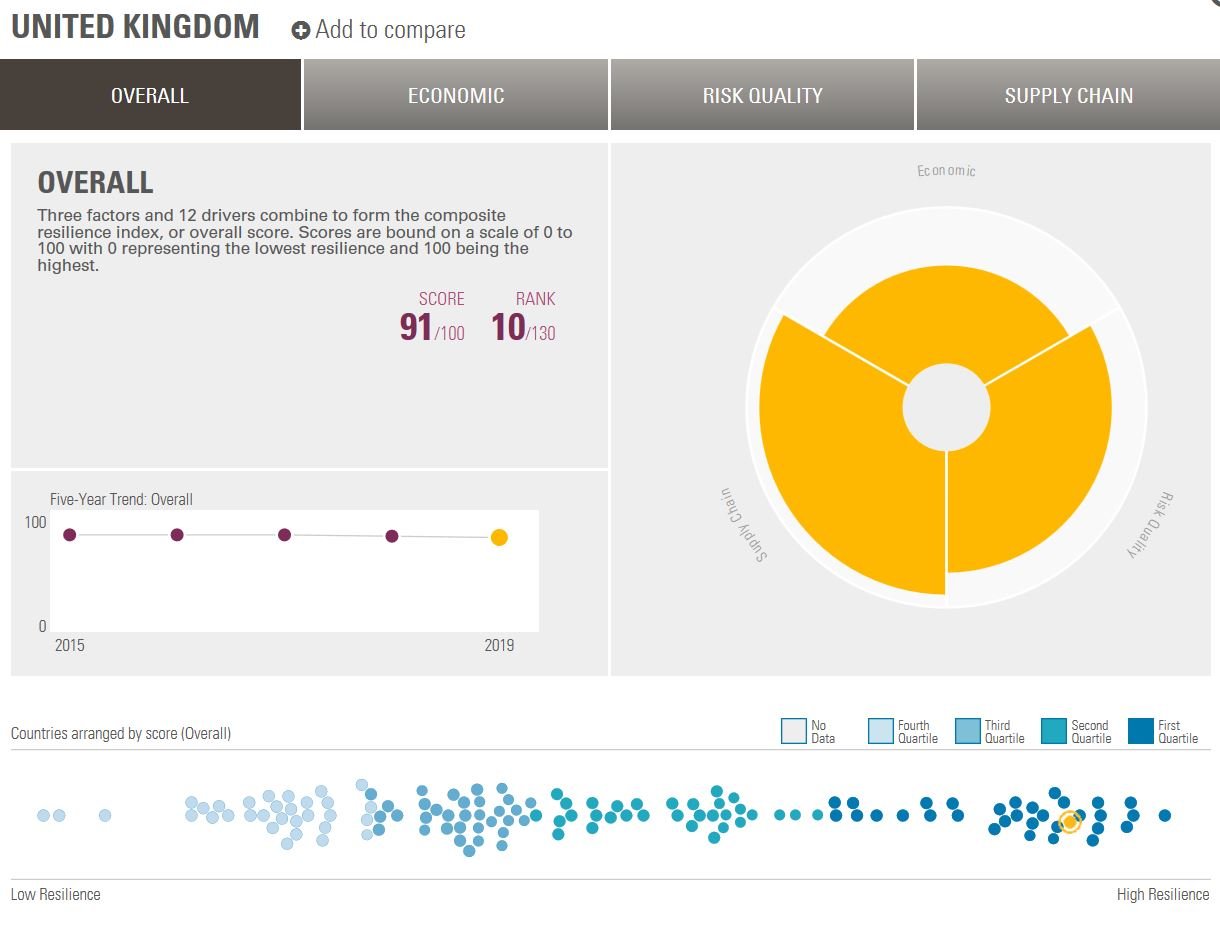 Singapore also topped a new category, ‘corporate governance’, which reflects the strength of a country’s auditing and accounting standards, conflict of interest regulation and shareholder governance, but ranked 21st overall.

Norway ranked number one on the overall index, which is designed to help chief financial officers (CFOs) and other business leaders manage and mitigate risk within their organisations and throughout their supply chains.

The bottom three countries – Ethiopia (128th), Venezuela (129th) and Haiti (130th) – remain unchanged from last year. After Rwanda, the most dramatic improvements were seen from Thailand (89th to 73rd) and the Dominican Republic (93rd to 71st). The biggest falls came from Trinidad (68th to 89th), El Salvador (103rd to 117th) and the recently renamed Republic of North Macedonia (78th to 100th).

“Resilience is critical for CFOs as trade conflicts, weakening economies, national elections, Brexit and evolving climate risks prompt companies to rethink their locations and partners,” said Kevin Ingram, executive vice president and chief financial officer at FM Global. “We believe resilience is a choice that industry leaders make, and the Index gives executives one more tool with which to make good decisions about their futures.”

Now on its sixth edition the FM Global Resilience Index is based on 12 equally weighted drivers of resilience – see below.

Discover the latest in cyber security – join the live conversation

As Europe’s leading integrated security event, IFSEC 2019 is delivering a programme of education dedicated to innovation at the cutting edge of the security industry, courtesy of IFSEC’s education partner Tavcom.

Get your free ticket today to join the CPD-accredited sessions and presentations tackling the critical issues around advancing technologies.

Get your free ticket