Clack began by referencing the Gatwick drone as “an example of worst type of drone use”, and one that was in the full glare of the media. It was also a useful starting point for one of the themes of the discussion throughout –  ‘yes, you have the equipment but what are you using it for?’

Clack first turned to Matt Williams, CEO of Aerial Motion Pictures, a firm providing commercial drone training courses. Williams described the pressing issue for drones was “about the data we capture and what we can leverage, not about flying it anymore.”

Andrew Griffiths, Managing Director of Droneflight, providers of inspection and survey services using drones, noted that prices had come down and even helicopters that ran for 3 to 3.5 hours were available at “not unreasonable prices.” Griffiths also observed that the specifications for drones had moved on dramatically – and that these developments were particularly pertinent for security.

He referenced their decrease in size and weight and availability of x20 zoom cameras, as well as increased thermal sensor capacity and drone capability for gas-sensing and radiation-sensing. In addition, the ability to retransmit large amounts of data from the drone via satellite, recently used on the Tour of Britain, is a boon to security sector users.

Drones could carry blood to hospitals rather than negotiating busy traffic 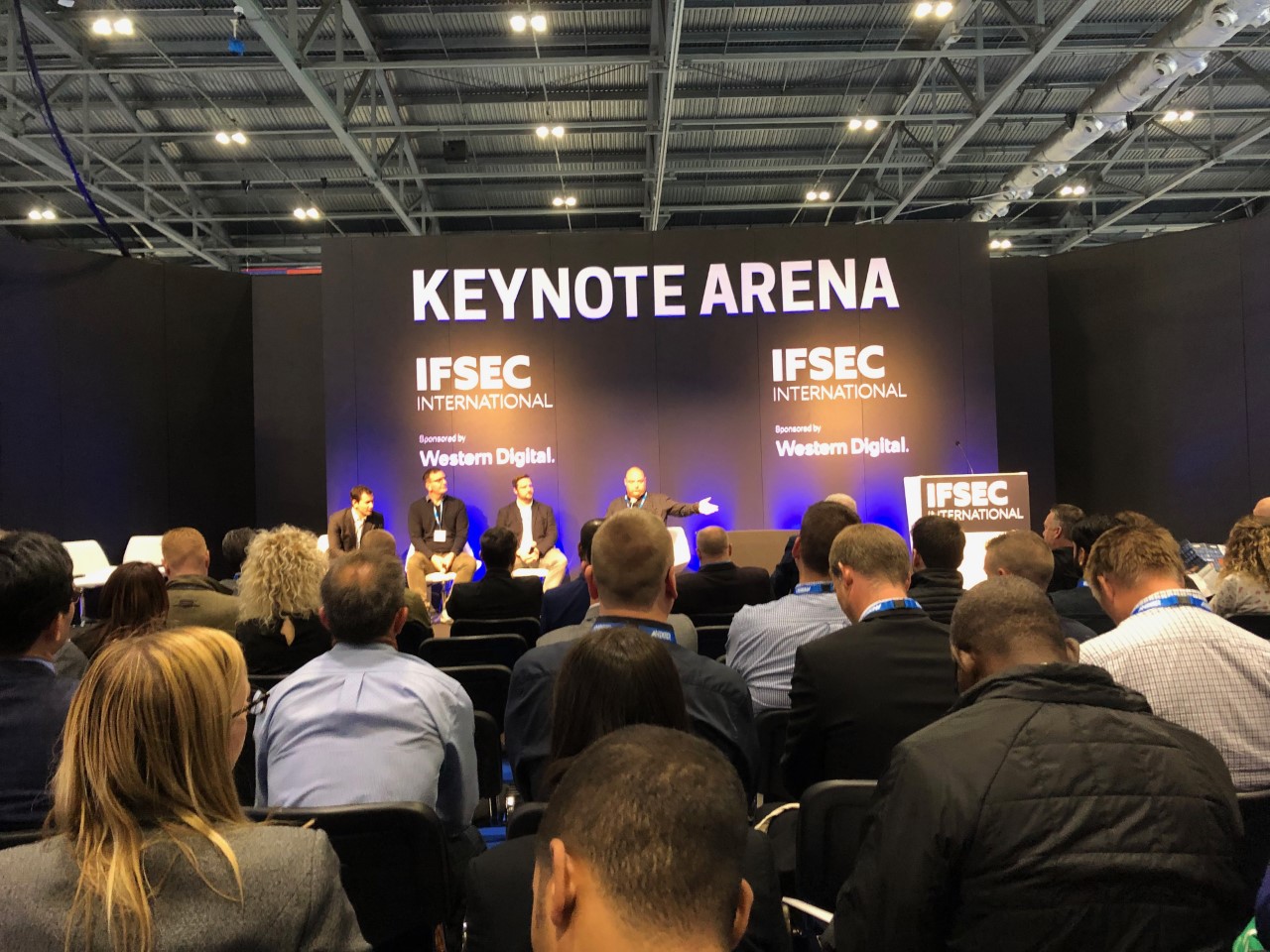 The inclusion of Romain Worms from Azur Drones opened up the discussion to unmanned drones, which they are pioneering in France. “Intelligence should be the sole focus for all of our end-users,” he said.

Barry Clack followed up and asked if we will be swamped by unmanned drones from companies like Amazon and Deliveroo. Worms replied: “Personally, as a citizen, I don’t want that. However, we are one step away from the Skynet from Terminator and we should be worried about that!”

Worms also said that: “in many situations drones are useful and not dangerous” and Barry Clack followed that up by citing an example of drones carrying blood to hospitals rather than negotiating busy traffic and also to aid evacuations. “Drones do have a reason to exist”, he said. Andrew Griffiths added that drones are low risk compared to, for example, crossing the road.

The conversation shifted to the profile of drone users. Matt Williams noted that clients were “not people buying a drone from Maplin, or wherever, but are people who have a business and want to use it to expand that business.”

Andrew Griffiths was asked about future regulation and how that might affect drones. He felt that the user had a fairly free hand if they go through the proper training process, this was in terms of flying in congested areas and flying closer to people – although still within regulations set down by article 241 prohibiting the user to endanger the safety of any person or property. However, he added that “there’s a difference between passing your driving test and having the experience to carry it off in a safe and repeated way under pressure.” Griffiths also mentioned that – regardless of Brexit – UK drone licences were going to aligned with European ones soon. This would drive development and growth of the sector, he believed.

Romain Worms picked up Griffiths’ point about expertise and experience when he said that his company’s work with the French police was more about preparations before the flight and everything surrounding the flight was “more interesting and problematic than the flight itself. Flying the drone is 5% of the job.”

Matt Williams brought the conversation to a close by saying that companies shouldn’t invest in technology unless it adds value to what they do, and that the challenge to them would be to make the large amount of information collected by drones into “actionable data”.

“We’re still in the space wehere people think that drones are exciting and cool, which they can be, but they also need to think about the endgame.”

Join IFSEC Global in person at Europe’s leading integrated security event. IFSEC 2019 is delivering a programme of education dedicated to innovation at the cutting edge of the security industry, courtesy of IFSEC’s education partner Tavcom.

Get your free ticket today to join the CPD-accredited sessions and presentations tackling the critical issues around advancing technologies, including how the industry is using – and tackling – drone technology.

Register now for your free ticket